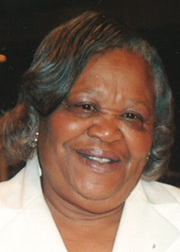 Mattie Grays is full of life, love and compassion. She worked in Food Services for Houston Independent School District for over 35 years. During her tenure
at Travis Elementary School, she impacted the lives of thousands of children.

She is currently retired and enjoys the freedom of serving her church where she is considered a matriarch. She finds much joy and fulfillment in serving her family, community and friends.

She teaches a weekly children’s Sunday School class and she is also committed to the Women’s Ministry and various community and civic organizations. The extension of her compassion for others is immeasurable. Mattie is the mother of five adult children and a doting grandmother of six and a great grandmother to four. 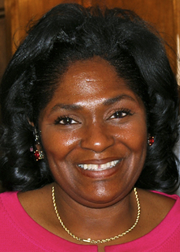 She later attended Union Baptist Seminary for two years while seeking a degree in missionary work. In addition, Dorothy also attended Alvin Junior College, where she majored in Nursing.

Dorothy is currently employed with the United States Postal Services as a City
Letter Carrier and has been for over twenty-one years. In addition, she has held the position of a Union Shop Steward for over eighteen years. Dorothy serves as a delegate and travel yearly to vote on particular issues that concern all Letter Carriers employed by the United States Postal Service.

Dorothy is the proud mother of three wonderful children. Dorothy and her
family are dedicated members of The Church Without Walls, where Dr. Ralph
Douglas West is the Pastor/Founder.